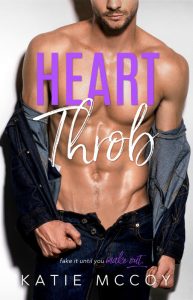 Move over, Colin Firth - there’s a new Darcy in town!

Jax Hawthorne is Hollywood’s sexiest bad boy. I’m a glorified secretary who thinks color-coding my library is a wild Friday night. So when he shows up after all this time wanting to make good on our childhood deal to tie the knot, it’s not because he can’t resist my perfect credit score.

He needs a fake girlfriend to rehab his reckless image, and I’m the (safe, sensible) girl for the job. I would be insulted… if the proposal didn’t come with an all-expenses-paid trip to England while he shoots a new movie version of ’Pride & Prejudice.’

Goodbye, my dumpster fire of a dating life. Hello, steamy nights with a chiseled hunk who knows all the right moves.

Soon, I’m knee-deep in the English mud - and on-set drama. But all our fake-smoldering is getting my very real panties in a twist. It turns out, Jax is so much more than just a reckless playboy. He makes me want to forget our ‘arrangement’.. and break all the rules.

Can our pretend romance turn to something real? Or will scheming actresses, control-freak PR crews, and a pesky little thing called love ruin the best (fake) relationship of my life?

Find out in the hot, hilarious new romance from Katie McCoy!

Heartthrob by Katie McCoy was so much fun to read! I found myself so easily getting lost in the story and just enjoying myself.

Jax Hawthorne needs help. He is America’s current hottest commodity and its sexiest bad boy. But he has his sights set on his dream job. The only problem? He needs to show a better image of himself to the world.  To accomplish this, he decides he needs a fake girlfriend to show the world he has reformed. I liked Jax, even when I wanted to shake him. He was a good guy, but his feelings and expectations kept getting in his way!

Enter Penny. I loved Penny. She was pretty, honest, sweet and caring. The kind of person you want in your life, but Penny sees herself as the boring one letting life pass her by. Until she sees an old friend who needs her help.  Jax sees Penny as a safe option to help him with his image. She decides to help him and have some fun in the meantime. So they enter into a fake relationship.

On one side, Penny now finds herself with an all-expense paid trip to London with a very hot and sexy man, but on the other side, she is right in the middle of life with a celebrity and all that entails. Not everyone is happy for them. But the more time they spend together, the more the lines become blurred.

I really cannot express how much fun I had reading this book. This was such a great story with amazing characters. I laughed and swooned continuously. I found Heartthrob to be charming and sweet and have found an author I am going to keep an eye on! 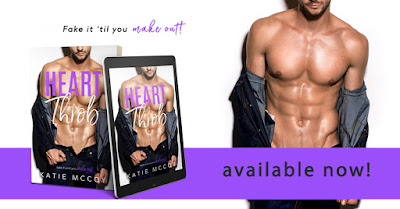 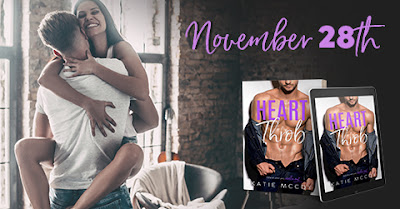 Katie McCoy is a self-proclaimed sushi addict, Cardinals baseball fanatic, and lover of all things theatrical. A St. Louis native transplanted to Brooklyn, she acts, sings, and shakes her booty when she isn’t writing books about hot men and the girls who love them. 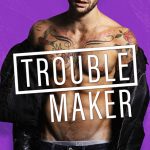 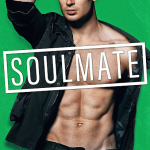 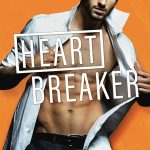 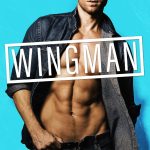 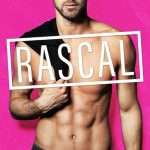