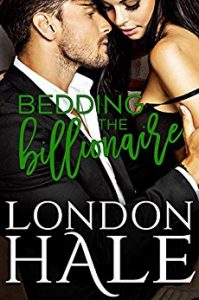 Bedding The Billionaire by London Hale
Published by Self on 11/16/2017
Genres: Contemporary Romance, Romantic Comedy
Buy on Amazon US | Kobo
Goodreads

She thinks they’re a mistake

I've spent my whole life working toward my goals, being the best I can be at my job. Arrogant, persistent, pain in the skirt billionaire Colin Huntley isn't going to change that, even if he is the hottest man I've ever had the pleasure of working with. And pleasure is definitely something the man can deliver, without question. Our single, mind blowing night together was a mistake, though. A one-night stand brought on by a lapse in judgment. One I won't make again, so long as I stay strong as he starts his chase. Because when Colin decides he wants something, he gets it. And he's decided he wants me.

He always gets what he wants

Sloane McLaren may be the best VP I’ve ever had, but she taunts me every day in her tight little skirts and her librarian-fantasy glasses. Especially since that night. The one when I had her in my bed, in my shower, bent over my kitchen counter. I thought we were finally on the same page...until I woke up to cold sheets and an empty bed. She may assume it’s business as usual in the office, but I didn’t build my billion-dollar company on assumptions. I want her back in my bed, and I’m willing to play dirty to get her there.

It’s been a sexy year of quick, filthy, taboo reads, and the final novella is here!
Bedding The Billionaire by London Hale is LIVE!

Get your copies EXCLUSIVELY on Amazon:

KU SUBSCRIBERS CAN READ FOR #FREE!

I am loving London Hale. This writing duo gives us hot, steamy and sexy stories. They are quick, fun and easy to get lost in. This is exactly what we get in Bedding the Billionaire.

Colin Huntley is a man used to getting what he wants. And he wants Sloane McLaren. His operations VP. He never gets involved with his employees, but after one night with Sloane after the office holiday party, he wants her back in his bed. He loves seeing the always prim and proper woman fall apart under his touch.

Sloane McLaren has worked very hard to be the best at what she does. She has been dedicated, fiercely independent and ready to give her work her all. But from the moment she started working for Colin, she has been fiercely attracted to him. She tries to deny her feelings. But once she gives in to him, it gets harder to deny him. Especially when he is determined to have her.

This is a quick story full of sexy and steamy scenes. Colin and Sloane have such a strong chemistry. Their scenes are so hot! And it was so sweet to see Colin not only wanting her in bed, but in his life as well. Can he show her how good they can be together for the long term or is she already one step out the door?

Bedding the Billionaire is a quick, fun, sexy and very steamy read with very likeable characters. This story was fun to get lost in and I devoured it in one sitting!

London Hale is the combined pen name of writing besties Ellis Leigh and Brighton Walsh. Between them, they’ve published more than thirty books in the contemporary romance, paranormal romance, and romantic suspense genres. Ellis is a USA Today bestselling author who loves coffee, thinks green Skittles are the best, and prefers to stay in every weekend. Brighton is multi-published with Berkley, St. Martin’s Press, and Carina Press. She hates coffee, thinks green Skittles are the work of the devil, and has never heard of a party she didn’t want to attend. Don’t ask how they became such good friends or work so well together—they still haven’t figured it out themselves.

What It Takes to Move on by J. Santiago Release & Review
Bedding the Billionaire by London Hale is coming soon! 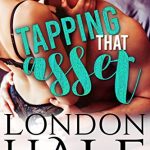 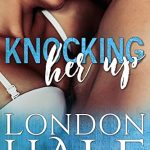 Review: Knocking Her Up by London Hale