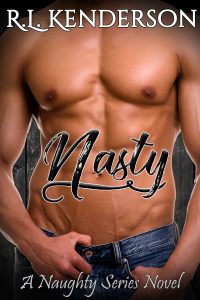 Piper Stevens had already met—and lost—the love of her life. When she buried her husband, she buried her chance for a happily ever after…but also found a shoulder to lean on in Nate.

As a commitment-phobe womanizer, Nate Hall has never had a female as a friend, but he made a promise to his buddy before he passed. Take care of Piper.

And these days? He can’t imagine his life without her.

Now, a year later, things Piper thought were long gone are beginning to come back.

Except she can't picture dating someone in her husband's place, nor can she sleep with a stranger either.

So, she turns to Nate. After all, he's the perfect choice. He's her friend but also a player. He cares about her but they'll never fall in love…and she won’t get hurt. Not like she did when she lost her husband.

But can two friends give their bodies without involving their hearts and things turning nasty?

R.L. Kenderson is here today to share the blog tour for her new romance, Nasty! Check it out and be sure to grab your copy today!

Piper Stevens married the love of her life. She was happy and in love. Then she buried her husband and everything changed. Nate Hall does not do relationships or any long-term type of relationships with females. But when his friend dies, he is determined to be there and support Piper.

Now almost a year after her husband’s death, Piper is experiencing things she thought were long gone. But she can also not imagine dating anyone or someone taking her husband’s place. Nate has been so supportive and there for her, but he is also a man who avoids any commitments. Maybe they can have a no strings friends with benefits relationship with each other and keep all feelings out of it. Easy, right?

Then the sexy times begin and when two people have a friendship and then feel a spark, all bets are off. Because neither is ready for more, there is tension and guilt. Their journey is not always an easy one, but their chemistry is strong. But can Piper again open her heart again and can Nate finally commit? So worth finding out! I devoured this book as quickly and I could!

Catch Up On The Series!

R.L. Kenderson is two best friends writing under one name.

Renae has always loved reading, and in third grade, she wrote her first poem where she learned she might have a knack for this writing thing. Lara remembers sneaking her grandmother’s Harlequin novels when she was probably too young to be reading them, and since then, she knew she wanted to write her own.

When they met in college, they bonded over their love of reading and the TV show Charmed. What really spiced up their friendship was when Lara introduced Renae to romance novels. When they discovered their first vampire romance, they knew there would always be a special place in their hearts for paranormal romance. After being unable to find certain storylines and characteristics they wanted to read about in the hundreds of books they consumed, they decided to write their own.

One lives in the Minneapolis/St. Paul area and the other in the Kansas City area where they’re a sonographer/stay-at-home mom/wife and pharmacist/mother by day, and together they’re a sexy author by night. They communicate through phone, email, and whole lot of messaging. 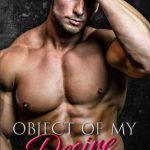 Object of My Desire by R.L. Kenderson Blog Tour | Review

One response to “Nasty by R.L. Kenderson Blog Tour & Review”