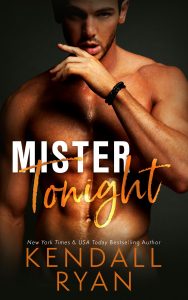 Last night was the most embarrassing night of my life.

I was THAT girl.

You know, the highly intoxicated chick celebrating her thirtieth with her two best friends—the ones who are happily married. And the more I drank, the more I wanted to do something reckless to celebrate.

By reckless, I meant the sexy and alluring man dressed in a business suit standing near the bar. You know his type—tall, dark, and handsome. I was sure he was out of my league, but I'd had just enough alcohol that things like that no longer seemed to matter. I'm not fat, mind you, but you can tell I like French fries, so there's that.

He took me home and I enjoyed the hottest birthday sex of my life, well until it came to a screeching, and rather unwelcome halt.

There's nothing quite like being interrupted mid-ride with a little voice asking:

"What are you doing to my daddy?"

Come to find out the man I rode like a bull at the rodeo is my new landlord.

Is there better way to celebrate your “Dirty 30” than being on top of a hot as hell man you picked up at a bar? Probably not….until his daughter comes in and catches you….

Hunter and Kate meet while at a bar and have an undeniable attraction to one another. After Kate runs out when Hunter’s daughter finds them, fate has them meeting yet again. Kate is Hunter’s new tenant.

I honestly love everything about this book. Hunter and Kate keep everything out in the open. I enjoyed that Kate owned who she is as a woman, looking forward to living on her own and enjoying casual hook ups. I loved that Hunter thoroughly enjoyed Kate..how confident she was and how he knew almost immediately that she was so much more.

Mister Tonight was fun, sexy, fast paced and yet nothing in the story was rushed. There was no drama and the characters were mature and there was no silly nonsense between Hunter and Kate. A single dad and an independent woman…what could be better than that? I adore this book and highly recommend it! 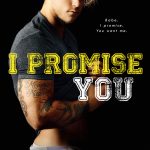