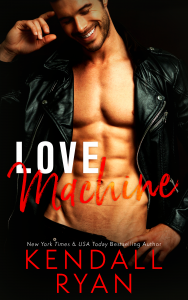 She says she needs some help ... in the bedroom.

She's my best friend and has been for years. Sure she likes numbers and math, and thinks doing other people's taxes is fun. And I like ... none of that stuff. She's obsessed with her cat and reads novels I'll never understand, and yet we just click. There's no one I'd rather share breakfast burritos with or binge watch hours Netflix. She's my person. And so when she takes off her glasses and asks me to help her improve her skills in the bedroom, I barely have to think about it.

Of course I'll help her. There's no one better for the job.

I've been there for her through everything, why should this be any different?

But what happens when she's ready to take her new-found confidence and move on?

Keaton is looking for love in all the wrong places and thinks she needs help in the bedroom. Enter Slate, her best friend and the man for the job. Of course, there are rules the two of them put in place…but rules are meant to be broken, aren’t they?

Keaton and Slate had me completely involved in this story for the moment I opened the book! There was sweet, sexy and intense moments with chemistry that could just melt your panties right off 😉 I adored everything about this story and it is one that I will go back and read again!

Love Machine is a fantastic read which will hold you captive from beginning to end!