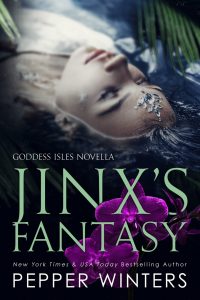 “A marriage born from slavery and secrets.
A happily ever after like no other.”

Sullivan Sinclair has a wife who shares his wildness and desires. To others, she is regal and perfect on his arm. To him, she is a goddess with dirty appetites that need to be fulfilled.

Eleanor Sinclair has a husband who allows her darkest fantasies to come true. Aboard their new luxury yacht, purchased for their cluster of islands called Rapture, he suggests a game of seduction. Another play in Euphoria.

Sea, sky, or sand—thanks to Sully’s unique playground, they can play anywhere. They can change their appearances, distort time, and indulge in romance with no rules.

I cannot say enough good things about the Goddess Isles series and I LOVE the latest addition, Jinx’s Fantasy! I truly believe Sullivan and Eleanor are soulmates and Pepper Winters really brought their undying love for each other to the forefront in this novella. This was the perfect way to end the series and I loved everything about it!

“A marriage born from slavery and secrets.
A happily ever after like no other.”
Grab Your Copy Here:
Amazon US | Amazon CA | Amazon UK | Amazon AU | Apple | Nook    Kobo | Google Play 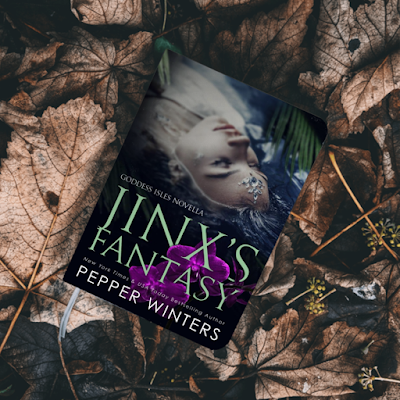 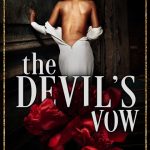 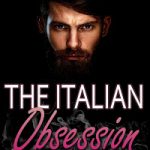 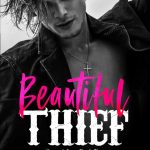