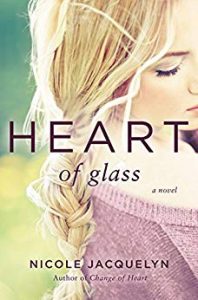 The next standalone novel from Nicole Jacquelyn about love, friendship, and forgiveness.

Henry Harris was living his dream as a staff sergeant in the Marines. When he's killed in action, his devastated family is in for one more shock: he had a daughter they never knew about.

Morgan Riley has been raising Etta on her own, and that's always been fine by her - until Henry's brother Trevor arrives on her doorstep, willing to do anything to help and make up for his brother's mistakes. Their attraction feels wrong, but Morgan can't seem to turn him away.

Trevor is suddenly in too deep. He has always wanted a family, but Etta and Morgan come with complications. Yet as Etta brings them closer together, Trevor begins to imagine giving Morgan and Etta the life his brother never could. But he wonders if Morgan will ever learn to trust another man with her heart, especially a man whose last name is Harris.

I am a huge fan of the Fostering Love series by Nicole Jacquelyn. I loved, absolutely loved Unbreak My Heart, the first book in the series and have read the eBook and listened to the audio several times since it was published. Heart of Glass, the third book in the series, was just as emotional, full of angst and tugged at my heart. I devoured it in one sitting, reading late into the night.

Though each book can technically be read as a standalone, reading them in order gives you an overview of all the characters and lead into Trevor’s story. Trevor is devastated at losing his brother but is also so angry at Henry for never telling his family about his daughter. Especially with how strong and united this family is. Now they want to know Henry’s daughter, but will her mother let them be a part of her life?

Morgan Riley has always known she could only count on herself. After losing their mother, living with foster families and then struggling to build a life with her father and sister, she knows this better than anyone. But when Trevor comes to her door, she remembers him and his family and knows they mean well. But can she trust them with her daughter Etta?

As Morgan and Trevor begin to get to know each other and build some sort of trust, they cannot deny the attraction they feel for each other. But with Henry between them, can they truly have a future together? Trevor never thought he would meet anyone that would make him want more and Morgan is terrified to let anyone in. Where does this leave them?

Heart of Glass was full of angst, but similar to the previous two books, it was about family, love and hope, with a touch of the forbidden. Could Morgan and Trevor find a middle ground to build a foundation? A must-read as part of this series for sure! 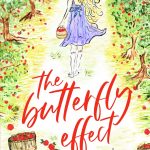