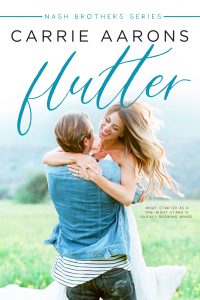 He can’t stand her, and best believe, the feeling is mutual.
Her life is the complete opposite of what he desires.
So, why can’t they keep their hands off each other?

Forrest Nash is a smug know-it-all. With his brains, ridiculous good looks and penchant for disobeying the laws of both the police and the dark web, Fawn Hill’s resident genius is cockier than any man Penelope Briggs has ever encountered. It doesn’t help that their six-year age difference makes him completely ineligible in her eyes. Add in the fact that he doesn’t want marriage or babies, and that should eliminate him from the dating pool forever. But it doesn’t mean she can’t sleep with him. Once. Or twice. Or ten times. Against all logic, though, Forrest seems to be sneaking into her heart at the same time he’s sneaking into her bed.

Penelope Briggs is one bossy, obnoxious woman. With three young children, a calendar full of school drop-offs and sports, and enough emotional baggage to fill an airplane, this widow is definitely not what Forrest Nash is looking for. And yet, he can’t get enough of the maddening bombshell. But as their hook-ups become a constant, so does his involvement in Penelope’s life. The things he swore he never wanted, love and kids, seem to be the only things on his mind. And when an attack from his part of the cyber world threatens her safety, he’ll have to admit his feelings for the woman he’d do anything to protect.

What started as a convenient friends-with-benefits situation is quickly growing wings. Even if both parties are trying hard to ignore the flutter.

Flutter by Carrie Aarons is the third book in her Nash Brothers series. This one is Forest’s story and will have you captivated from start to finish! It was such a sweet and charming story. Forest has finally found his match in the woman he has always wanted! Forest is smart, sexy and cocky and he knows he does not want a relationship or anything that comes with it. Penelope is a widow and a single mom finding her way. I loved her so much. Though some days being a single mom are hard, she was strong, confident and sassy. Though they had insane chemistry, but what started as friends with benefits quickly became more complicated. They had so much to work through. One being the age difference and that small fact of what Forest wants, right? I fell into this story and kept on reading it.

Flutter is available for a special release day price of $2.99! The book will increase to $3.99 the day after release. 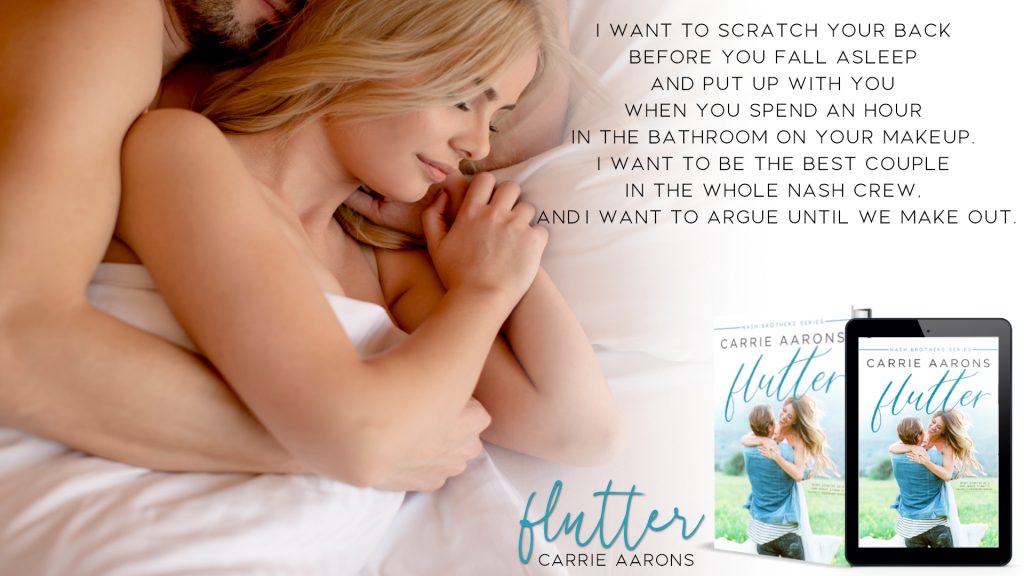 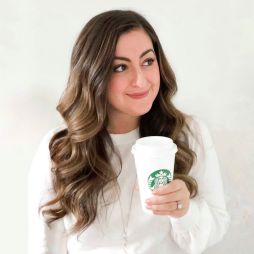 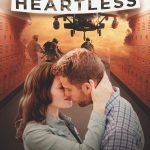 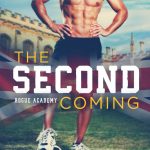 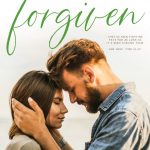 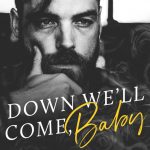