When it comes to love and happily ever after, Leo Stone is a disbeliever. Having been left at the altar by the one woman he thought he’d spend the rest of his life with, he’s vowed to keep his heart to himself and enjoy the one thing he knows won’t affect his emotions . . . hot, dirty sex. Except, what’s a guy to do when a gorgeous woman asks him to be her stand-in boyfriend for two weeks—with benefits? Sign him up, please!

A drunken night one year ago, Peyton Bishop used Leo Stone’s name and photograph to convince her overprotective parents that she was safe living in New York City—in part thanks to a boyfriend she adored. Except Leo, the hot guy she’s had a secret crush on since college, has no idea he’s been cast in the role of her lover. With her cousin’s wedding coming up, and her parent’s expecting to meet this mysterious boyfriend, Peyton is forced to come clean and ask Leo a huge favor.

Leo agrees to be her stand-in boyfriend, but what’s a pretend couple to do when their fake feelings start to become oh-so-real? 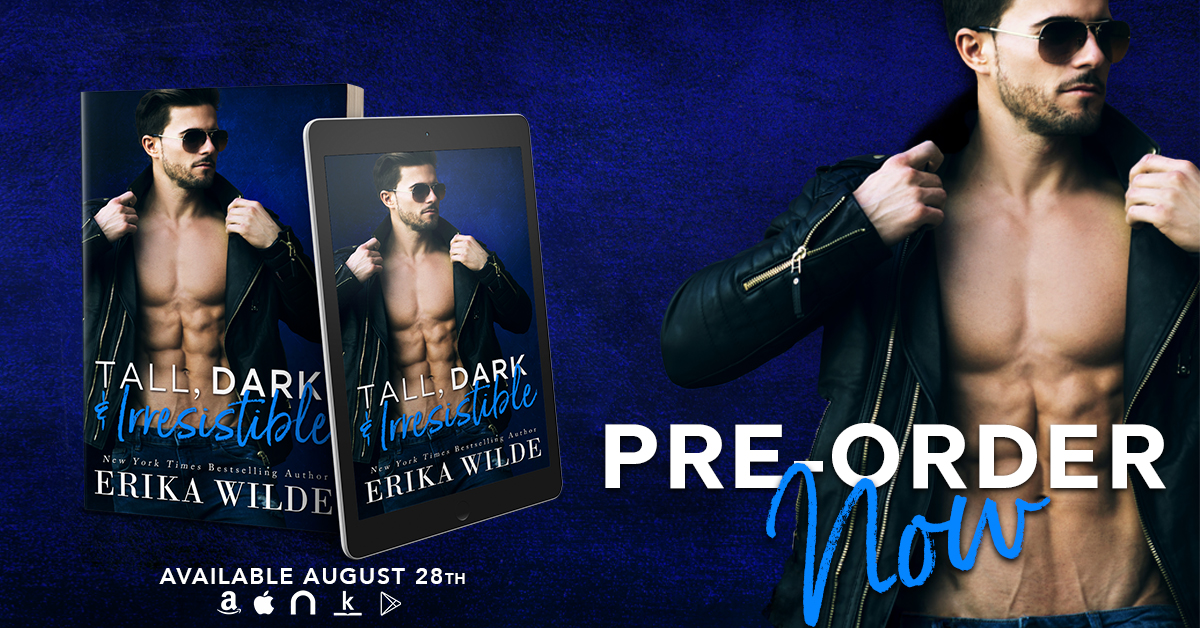 The two of them reached Leo’s vehicle, and the doors unlocked with a chirp as he pressed the key fob in his free hand. But instead of opening the passenger side for Peyton, he instead turned her around to face him . . . trapping her between the unyielding metal surface of the car behind her and the tall, muscular man standing less than two feet away.

He casually placed a hand on the door beside her and leaned a few inches closer. “Before we go, I have one more question for you,” he said, his tone serious.

She inhaled the warm, masculine scent of his cologne mingling with leather from his jacket and tried not to let that intoxicating fragrance distract her. “Okay.” She figured it couldn’t get any worse than everything she’d already admitted.

“So, usually, when a person gets propositioned, they get something out of the deal,” he said, his heavy-lidded gaze dropping to her mouth. “You’d be getting a devoted boyfriend out of the arrangement. What would I get?”

She didn’t miss the suggestion in his eyes or the playful curve of his smile. “What do you want?” she asked, unable to hide the breathless quality of her voice.

“Well, for starters, how about a show of good faith, like a kiss?” His free hand came up and gently cupped the side of her face, while his thumb skimmed along her damp bottom lip. “I think it’s important to know what I might be getting myself into and if we’re compatible enough to pull off this whole pretend boyfriend/girlfriend thing. I mean, what if we kiss and we realize that there’s just no spark there? Then this whole farce is doomed for failure.”

He was teasing her. She could see the mischievous glimmer in his eyes, and it provoked a smile from her, even as her breathing escalated with every second that passed with the temptation of finally having Leo’s lips pressed against hers dangling like a carrot in front of her.

“Then kiss me so we can find out,” she whispered.

His thumb dipped down beneath her chin to tip her head back as he lowered his mouth to hers. His lips were surprisingly soft as they found hers for the first time, his teeth gentle as they nibbled at her bottom lip. She couldn’t hold back the needy moan that escaped her throat, or the way her hands instinctively lifted and settled against his solid chest even as he pressed closer to her, his hard thighs and hips pinning her against the car.

“Jesus,” he breathed against her lips in shock, clearly feeling the heat between them that was a spark on the verge of becoming an undeniable blaze.

Sliding both of his hands into her hair, he held her head steady as he came back for another taste, and this time, there wasn’t an ounce of gentleness in the way he swept his tongue inside and plundered her mouth—boldly, deeply, greedily. She made a wild, desperate sound as she fisted her hands in his cotton T-shirt and matched him kiss for kiss, turning that blaze into an inferno that was so hot it threatened to singe them both. And in the moment, neither one of them seemed to care.

She felt the unmistakable ridge of his erection nudging against her belly, and a new hunger spiraled tighter inside her. Desire made her knees weak, her nipples excruciatingly hard, and her panties wet. Everything about Leo Stone was sensation overload to every part of her body, and if there was any worry in either of their minds about pulling off a believable attraction, this kiss eliminated any and all concerns.

By the time Leo finally lifted his mouth from hers, they were both breathing hard from all the heightened sexual tension between them. His dark eyes glittered with lust as he gazed down at her, looking as dazed as she felt.

Somehow, someway, she found her voice. “Was that convincing enough for you?” she asked huskily.

His low, sexy chuckle made her shiver. “Oh, yeah . . . it was definitely a good start.”

Erika Wilde is a New York Times Bestselling author. She is best known for her super sexy Marriage Diaries series and The Players Club series, and has also co-written the Dirty Sexy Series and the Book Boyfriend Series with Carly Phillips, her best friend and writing buddy for the past twenty years. She lives in Oregon with her husband and two daughters, and when she’s not writing you can find her exploring the beautiful Pacific Northwest. For more information on her upcoming releases, please visit website at www.erikawilde.com and sign up for her mailing list for updates and news!

Stay up to date with Erika by joining her mailing list:http://bit.ly/2OJIsWE