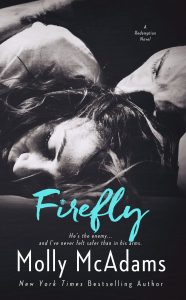 As the Princess of the Irish-American Mob, there’s no shortage of men ready to help guard and protect me. To slowly suffocate me to the point of seeking freedom—a place where I can breathe.

Kieran Hayes has been saving me for as long as I can remember. It’s in his blood, and one of the many reasons I fell in love with him. Until my favorite trait became his biggest flaw, making me resent the man I love. An unwavering warrior, his love for me has been shrouded by those instincts.
Save Lily. Protect Lily. Hide Lily. Cage Lily.

What I wasn’t prepared for was Dare—the man who would set my world on fire with just one touch. He saw straight through to my soul, as though he knew I was desperate for freedom, and silently demanded my heart from the beginning.

And I didn’t expect Dare to be Demitri Borello—the reason for so many deaths in my family. A man who will take my life the moment he finds out who I am.

Despite it all, I’ll love him until that moment comes.

A fire will die if there is no oxygen for it to consume. Ours is rapidly stealing
every last breath we can sacrifice to it.

***The Redemption series is a series of romantic suspense standalones***

I loved Blackbird. The characters, the story, the feels were all amazing. So I could not wait to read Firefly, book two in Molly McAdams’ Redemption series. And I was not disappointed. It was just as captivating and emotional.

Lily O’Sullivan is the daughter of an Irish-American mobster and the princess of the family. As such she was trapped in a life she never asked for. After devastating events, her life becomes almost a prison with no escape. Loving one man, she hoped for more, but instead found herself desperate. She finds a freedom she never imagined in Demitri Borello, Dare, but he has no idea who she really is. And so begin the twists and turns that will leave you gasping until the very end.

One man loves her but is desperate to protect her at any cost, even himself. The other has no idea who she really is. And once she finally meets Dare, they have such a powerful connection, but with so many secrets, only devastation can follow. Their story was heartbreaking and full of angst. Who can you really trust? It is hard to say more without spoilers, but know this is an emotional and stunning story of star crossed lovers. Can they survive all the obstacles standing in their way?

I loved this story. It was an intense and wild ride. It was different in so many ways that it pulled me in and consumed me. The story was suspenseful and beautiful. The characters broken and lost, your heart breaks for every one of them.

***The Redemption series is a series of romantic suspense standalones***

“Nothing’s getting past me,” I assured her.

Her breath washed over my lips as I leaned in to kiss her again when she whispered, “I thought we were talking about you.”

I paused for a few seconds, then looked up into her hazel eyes. “What?”

My brow pulled tight, and I forced out a low, frustrated laugh. “Me.”

She nodded again, the movement of her head so slow as her eyes explored mine. “I need you to let me go for so many reasons, but I easily forget why when you don’t. I think there was a reason neither of us crossed that invisible barrier before today. Because being in your arms?” She hesitated, her tongue quickly darting out to wet her lips. “Trust me, it’s dangerous.”

A weight pressed down on my chest, making it hard to breathe. Because damn it if she wasn’t right.

There were dozens of girls over the years who’d meant nothing more than a night. Maybe two. Not one could I remember the name of, most I couldn’t remember their face.

Then there’d been one who I would’ve sold my soul for if I could’ve had one more night with her.

My days with her had been everything. A slow burn that had built over time until I hadn’t been able to get enough of her. Until she’d meant too much.

And there hadn’t been a girl since.

Not a second glance. Not a thought. Nothing.

Until one morning at Brooks a few years ago.

But there was nothing slow about the thoughts and needs for the girl pressed against me. There hadn’t been since the very first morning I’d found her staring at a mirror like it had the power to destroy her world. Like that possibility fascinated her.

Fuck, if I didn’t need to find out why.

Dangerous was exactly what we were. Only she had no idea just how much.

My gut twisted as unwanted thoughts entered my mind, but I pushed them away. Because I knew what I needed to do. I needed to let her go and force myself not to follow.

But when there’s a flicker of light in your life after so much darkness, it’s impossible to stay away.

And this girl burned so damn bright.

Calling to me and beckoning me toward her, and I knew no matter how many times I let her slip away, I would follow her just to catch her again.

I brushed my thumb across her full lips. “Goddamn firefly.”

A powerhouse romantic suspense that will have you questioning your morals and second guessing your view on love.

Molly grew up in California but now lives in the oh-so-amazing state of Texas with her husband, daughter, and fur babies. When she’s not diving into the world of her characters, some of her hobbies include hiking, snowboarding, traveling, and long walks on the beach … which roughly translates to being a homebody with her hubby and dishing out movie quotes. She has a weakness for crude-humored movies and fried pickles, and loves curling up in a fluffy comforter during a thunderstorm … or under one in a bathtub if there are tornados. That way she can pretend they aren’t really happening. 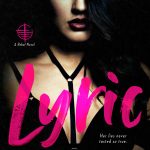 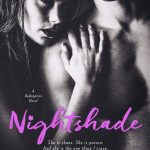