A brooding hockey hunk learns to embrace life—and love—from a single mom who takes the world one puck at a time.

Big move . . . Jodie’s motto is “Don’t wait for the perfect moment—take the moment and make it perfect.” And that’s just what she decides to do when she moves to Chicago with her two-year-old daughter. Now all Jodie needs is a place to live, and her best friend’s boyfriend has just the answer.

Big stick . . . Nick Balachov has zero interest in socializing, partying, or flirting right now. It’s not that he doesn’t like women. He loves them. It’s just that hockey, casual hookups, and hanging out at home are enough for him these days. Now Nick has a big problem—because the woman living in his empty coach house is a major distraction.

Big deal? The more Nick tries to keep his distance, the more Jodie needs him—around the house, that is. First he helps with the snowstorm, then the power outage. Nick even finds himself trying to impress her little girl. What the hell is wrong with him? Jodie represents everything Nick doesn’t want. But maybe she’s just what he needs . . .

“Well, the game’s over. You said you wanted a massage. Lay down.”

Jodie motioned to the couch. “Lay down. On your front. I’ll massage your back. I’m not a trained massage therapist like you’re probably used to, but it might feel good.”

Oh hell yeah, he was certain it would feel good, probably better than any massage Tony had ever given him. “Maybe it’s my front that hurts.”

She arched an eyebrow, lips lifting in wicked little smile. “Nice try. You said your back was sore.”

“Damn.” He turned and stretched out on the sectional, stacking his hands beneath his chin.

“Don’t worry.” She settled her hands on his back and smoothed them down over his T-shirt. “I may get around to your front, if my hands don’t get too tired.”

“Well, if they do . . .” She dug her thumbs into his paraspinal muscles, and he let out another moan. “I can always use my mouth.”

“Fuck,” he muttered, banging his forehead on his hands. “Now my front really hurts.” He wasn’t lying. His dick had hardened with painful intensity.

She gave a low laugh and moved her hands up and down his spine, pressing into tight muscles. She might not be a professional, but she was pretty good at finding the knots. He closed his eyes and relaxed into her touch, as much as he could with a raging hard-on. Pleasure slid through him, heating his blood, tightening his groin, every nerve ending tingling.

She moved up to his shoulder blades, finding the tension beneath them, then on to his shoulders. She molded his muscles as if measuring them. “You have big muscles,” she murmured.

“I have one very big muscle,” he muttered.

She choked out a little laugh. “Okay, turn over.”

He slowly rolled to his back and stared at her where she perched on the edge beside his hip. “Are you as turned on as I am?”

Her gaze drifted down over his chest and abs to the bulge behind his jeans. She blinked rapidly a few times then reached a hand out. “Um . . . maybe . . .”

His body tensed and then pleasure torched him as she palmed him through his jeans. She gave a firm rub then a squeeze. “Jesus,” he groaned, closing his eyes, exquisite pain streaking through him.

“You’re pretty turned on,” she said in egregious understatement. She bit her lip, rubbing him again. “And . . . um, large.”

“Come here.” He reached for her and easily lifted her so that she was on top of him, stretched out, the soft juncture of her thighs pressed to his hard-on. He liked these leggings she wore; they were soft and stretchy and almost not there.

She gave a little gasp as he lifted her, but didn’t resist, rubbing herself against him in a way that made his blood heat. His skin prickled everywhere as he cupped the back of her head and drew it down for a kiss. A long, lush, wet kiss that went on and on . . . and on.

They were both breathing hard, and heat burned over his skin. Her soft tits against his chest were making him crazy, not to mention the way she was rubbing her mound against him as if she was trying to make herself come. That was hot as hell. “So are you.” He bit softly at her bottom lip, then licked it.

She moaned. “You didn’t let me finish my massage.”

“I had to taste you.” He kissed her again. “As sweet as I remember.”

She wriggled her way down his body, inflaming every nerve ending as her curves dragged over his straining dick. Anticipation tightened his muscles.

She lifted the hem of his T-shirt and pressed her lips to his belly just above his low-rise jeans.

He felt her smile as she kissed him again, her tongue coming out to lick over his skin. More heat cascaded through him as her finger began to work at the button of his jeans and then the zipper, opening them. She parted them, shifting still lower, and then soft fingers slid over his hot skin into his boxer briefs. When they closed around his shaft, his head nearly exploded. His balls drew up tight, and his cock jerked in her hand.

“Wow,” she murmured, stroking him.

He swallowed, his throat dry, his voice nonexistent as he made a guttural sound. 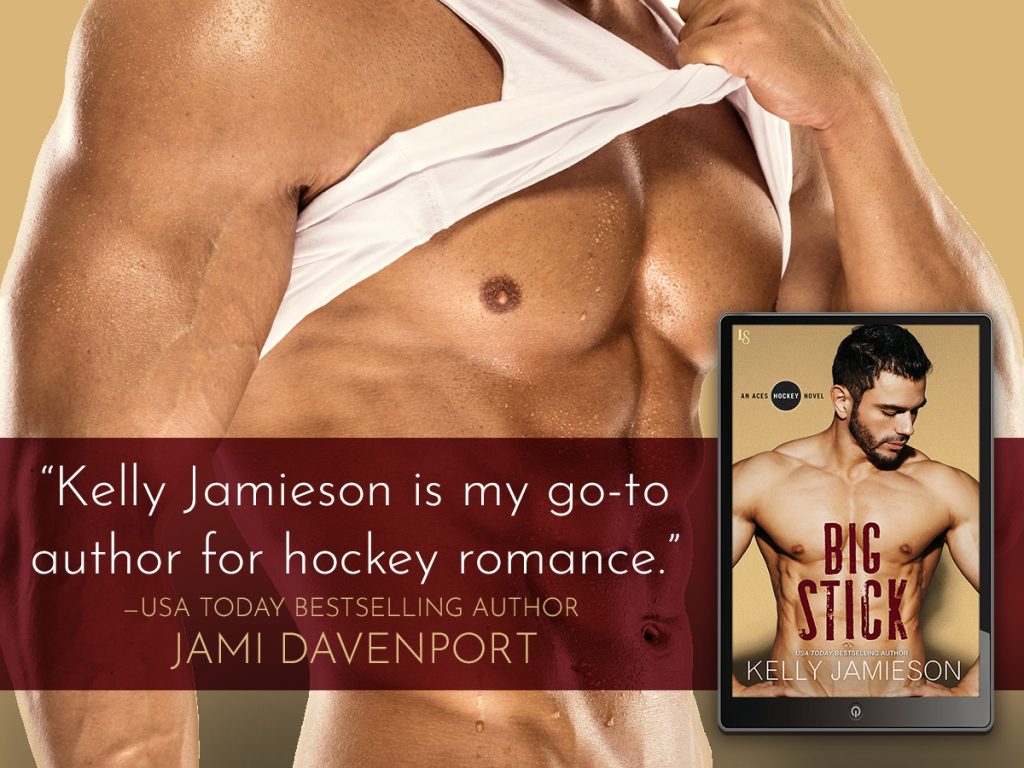