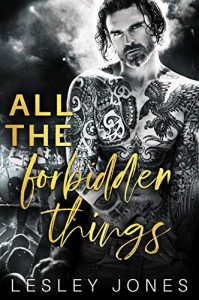 All The Forbidden Things by Lesley Jones
Published by Self on 09/10/19
Genres: Contemporary Romance
Buy on Amazon US
Goodreads

When all that you want, is all that’s forbidden...

I’ve known him my entire life.

Now, he’s one of rock’s bad-boys trying to be good.

Trying to be the best father he can for his daughter.

He has a wife.

Max isn’t mine to have, but I want him all the same.

And I haven’t survived all that I have to not go after what I want.

Her story is a tragedy, mine’s a publicity disaster.

Just when I needed her most, she walked back into my life, and the timing couldn’t be worse.

With a newborn baby, a divorce, an album to record, and a world tour to plan, I don’t need the distraction.

Billie’s a golden drop of sexy sun on a grey autumn day, tempting me into the light and a life full of possibilities.

A life not meant for us.

All the Forbidden Things by Lesley Jones is LIVE on Apple, Nook, and Kobo and will be exclusive to Amazon on September 12th! Purchase today!!

All the Forbidden Things by Lesley Jones was an emotional and angst-filled read I devoured. A man who thought he had it all only to be betrayed in the worse way possible. A young woman who has grieved, lost and been hurt. The age-gap alone should keep them separated but being the little sister of his best friend should make her off-limits. But their connection is undeniable and strong.

Max Young was once the very definition of a rock star. He partied hard and had the past to prove it. But then his daughter came into the world and everything changed. But his wife had very different plans. Billie is his best friend and bandmate’s younger sister and knocks his world upside down. He was strong and determined and a bit lost. She was rocked to her core by past events, but caring and loyal as well. There being together could cost them everything but could be everything they ever wanted and needed.

I absolutely loved All the Forbidden Things by Lesley Jones. Touching story about friends, love and second chances, it will captivate readers from start to finish.

Add to your Goodreads TBR: http://bit.ly/2YKvG2Q 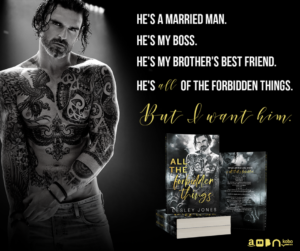 It’s at that point I notice Billie climbing from the car. Although, if Mel hadn’t told me, I’d never have recognised the girl standing on my drive as Billie Wild.

She closes the car door and turns towards me.

She stares down at her feet as she moves slowly along my driveway. When she reaches the front of the car, she looks up. The bluest of blue eyes meet mine, and she stops moving.

The silence is so loud it hurts my ears.

What. The. Actual. Fuck?

She takes a step towards me, and my hearing returns. The gravel crunches beneath her green biker boots, a pigeon coos, brakes screech, engines rev . . . a bomb could fucking drop, but nothing, not a single thing can divert my attention from Billie Wild as she moves towards me. 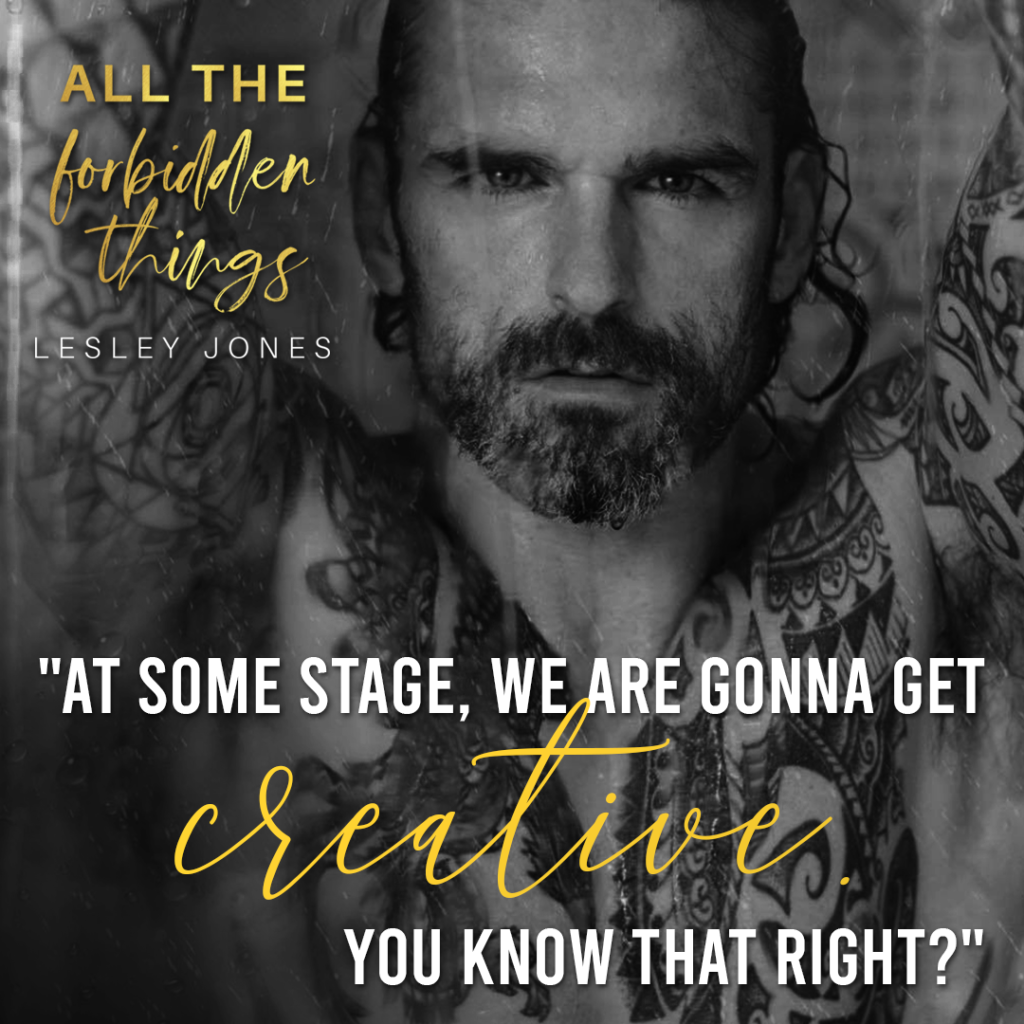 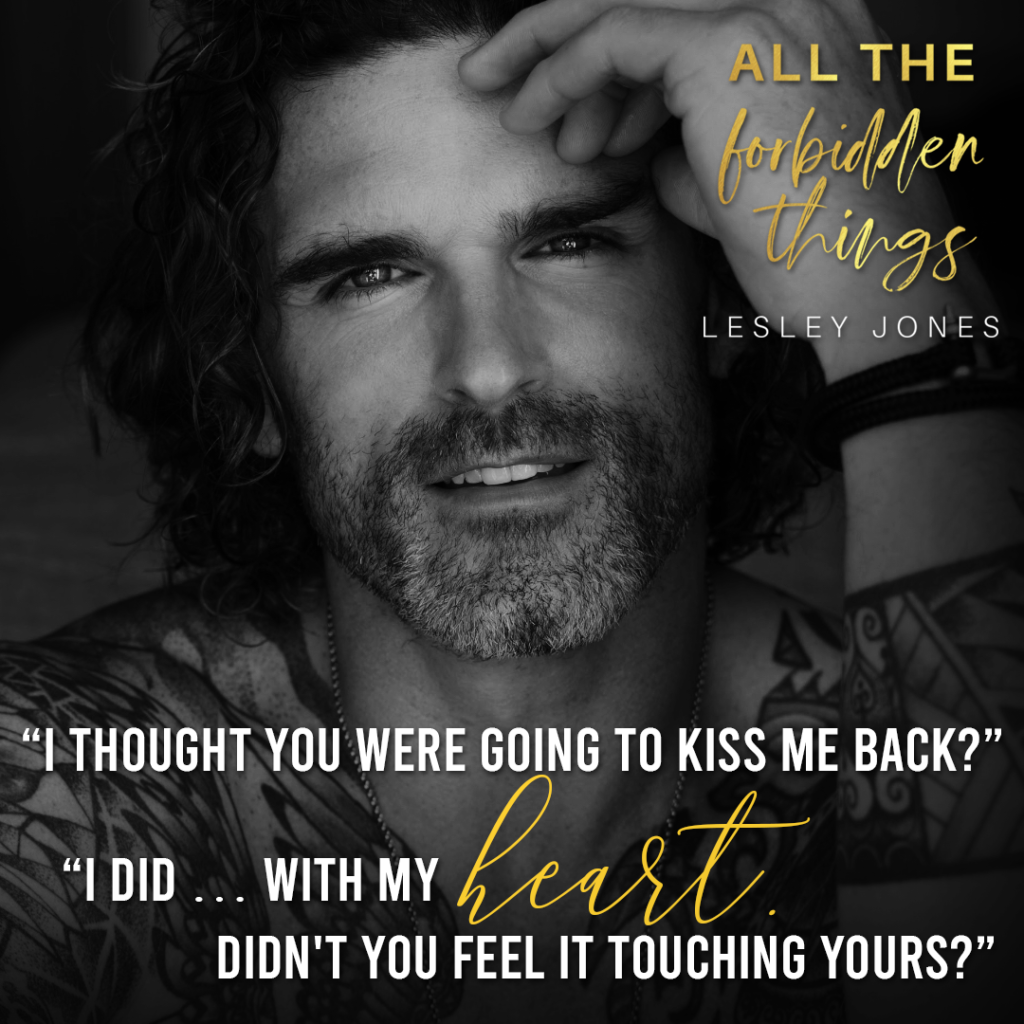 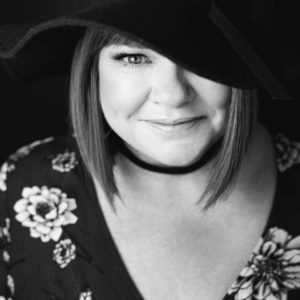 Lesley was born and raised in a small working-class town in Essex, just outside of East London. She’s married with three sons and in 2006 they all moved to the other side of the world, settling on the beautiful Mornington Peninsula, about fifty kilometres outside of Melbourne, Australia.

Lesley is currently ‘a stay at home mum’, but in the past, she has worked at ‘good old Mark & Spencer’ for thirteen years and as a teacher’s assistant.As well as writing, Lesley loves to read and has been known to get through four or five books a week, when she’s not writing that is.

Her other interests are watching her boys play football… the round ball version. She’s happy to admit to being an addict of social media and owes a lot to her Facebook and Twitter family in promoting her book. Lesley is also rather partial to a glass or bottle of wine, a nicely chilled Marlborough Sav Blanc being her favourite.

Being a born and raised Essex girl, she will happily admit being a big fan of spray tans, manis, pedis, and is regularly, waxed, tinted and sculpted, although she doesn’t own a pair of white stilettos. 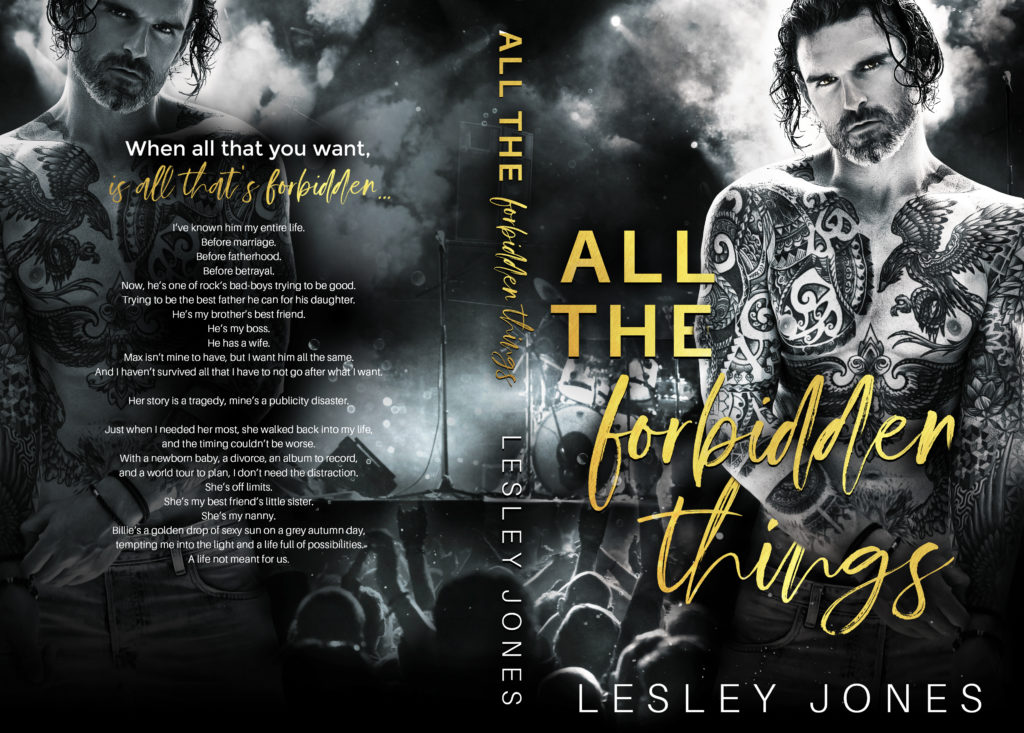